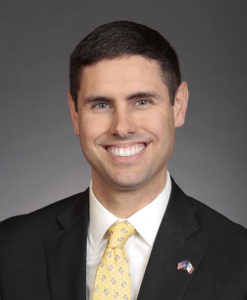 Democrats and Republicans in the Iowa legislature have had fierce debates over liability issues this year.

However, a bill that would place new limits on medical malpractice lawsuits now has made it through the House and Senate with bipartisan support.

The legislation would establish a $250,000 limit on “non-economic damages” for emotional pain and suffering that are awarded when health care providers are found liable for medical negligence. However, that cap would not apply if a patient dies, loses major bodily functions or is substantially disfigured.

Senator Nate Boulton, a Democrat from Des Moines who is an attorney, said that last bit made the bill better.

Boulton, however, voted against the bill, arguing it does nothing to address the “real issue” of medical errors. Other critics say Iowa judges and juries aren’t prone to giving people huge awards where there’s a verdict of medical malpractice.

Still, Representative Mary Wolfe, a Democrat from Clinton who is an attorney, voted for the bill. “Based on the information and the statistics that I’ve received, I do not necessarily believe that the passage of this bill will actually lead to lower medical malpractice premiums,” Wolfe said last week. “….But I’ve been informed by medical professional that I respect back home in my district that this bill is an important bill for my rural area.”

Representative Ashley Hinson, a Republican from Marion, said the costs of liability insurance for doctors and health care facilities are lower in other states where malpractice lawsuit limits are in force.

“We want to create a really great environment that works for doctors and for patients and for attorneys who are working an extreme and egregious adverse health outcome,” Hinson said.

“I think this provides a great solution for all parties involved and will ultimately help our system work more efficiently,” she said, “while still allowing those who are hurt to receive justice.”

The bill passed the Senate with only 12 “no” votes this past Monday. It cleared the House last week on a 65-32 vote. Governor Terry Branstad has previously expressed support for “caps” on medical malpractice awards and legislators expect him to sign the bill into law.