You are here: Home / News / Search on again for state’s top tenderloin 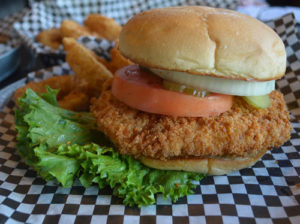 Sutter says, “We’re going to judge the top five with the most nominations in each of our eight districts, so a total of 40 restaurants across the state of Iowa.” This marks the 15th year for the contest and Sutter says they always get plenty of calls from the state’s restaurant owners who want to get into the running.

That website is www.iowapork.org. Nomination forms can also be found there. Sutter says they’ll spend the summer judging pork tenderloins across the state and begin narrowing down the field in September.

“We’ll judge the top five with a panel of judges that consists of representatives from our association as well as culinary instructors at culinary institutes here in the state,” Sutter says. “Then, during October Pork Month is when we’ll announce the top five and the first- and second-place winners.”

The deadline for nominations is June 7th. Last year’s winner was Nick’s in Des Moines.