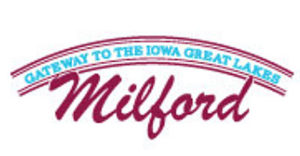 A mayor in northwest Iowa is concerned about his town’s future after the community’s top employer announced it’s moving.

Around 330 workers at the Polaris Industries plant in Milford learned this week the all-terrain and utility vehicle maker is transferring production to Alabama, Minnesota, and California. Milford Mayor Bill Reinsbach says the layoffs will definitely hurt the local economy.

“My concern is the employees and trying to find them a job doing something else, getting them employment elsewhere,” Reinsbach said. Polaris officials say the layoffs are the result of an effort to streamline plant infrastructure. Since 2013, the company has operated in an old furniture factory in Milford — a town of fewer than 3,000 people.

“You know, I mean with people losing their jobs, we’ll have some people possibly moving away. They certainly won’t have as much disposable income either, so it’s definitely going to have a negative impact,” Reinsbach said. Polaris is offering employees the opportunity to relocate if they want to remain with the company. The Milford Polaris plant will be turned into a storage/warehouse facility to support the nearby Spirit Lake Polaris plant, which will continue to manufacture Indian Motorcycle products. Reinsbach said he hopes to attract more employers to Milford and also plans to focus on supporting local businesses.