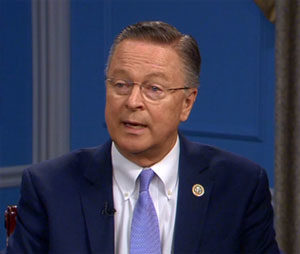 Congressman Steve King invited former Minnesota Congresswoman Michele Bachman onto the House floor. King said that means the two of them were able to press the “yes” button together. King and Bachmann were the first Republicans in congress to introduce bills seven years ago that called for repeal of the Affordable Care Act.

Democrats were quick to criticize, saying the GOP’s replacement is a “scam” that will hurt millions. Republican groups praised the action, saying it shows the GOP is following through on its campaign promises.

The lone Democrat in Iowa’s congressional delegation voted against the bill today (Thursday. Congressman Dave Loebsack of Iowa City says the legislation put more than 171-thousand Iowans “in jeopardy” of losing their health insurance coverage. Loebsack also says the bill “opens the door to eliminating the guarantee” that Americans cannot be denied coverage because of a pre-existing condition.