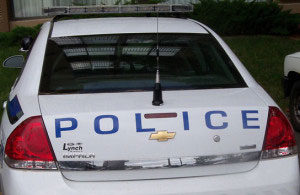 An autopsy shows a northwest Iowa man died of a self-inflicted gunshot wound to the head after he exchanged fire with a police officer. It happened Sunday night in Milford.

Police say 52-year-old Robert Brunner fired shots as the officers responded to a domestic disturbance. That’s according to a news release from the Iowa Department of Public Safety, which states Officer Hoss returned fire as he retreated.

The Iowa DCI is handling the investigation.