You are here: Home / Health / Medicine / Group explores ways to deal with hunger among the elderly 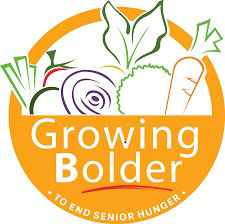 An estimated 81,000 Iowans older than 60 are considered “food insecure,” meaning they do not have reliable access to affordable, nutritious food.

A coalition of groups has gather today in Des Moines to examine the issue. The event’s coordinator, Linda Gobberdiel, says among the state’s seniors there’s a stigma attached to asking for help, which brings challenges to making sure they’re eating properly.

“Convincing them…if they get the food they need and the nutrition they need, that will actually help them remain independent and have a higher quality of life,” Gobberdiel says. The day-long hunger summit at Blank Park Zoo involves AARP and a group called Growing Bolder, which operates out of the Iowa Department of Public Health. Gobberdiel says hungry seniors often live in the shadows.

“When we think about hunger, we think more around children, and we don’t necessarily thing about our grandmas and grandpas being hungry and at risk, so we really want to raise the awareness,” Gobberdiel says. One of the topics being covered at today’s summit is the future of Growing Bolder.