You are here: Home / Fires/Accidents/Disasters / Hail causes thousands of dollars in damage every year in Iowa 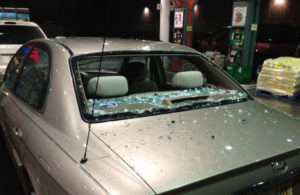 The average cost to repair hail-damaged cars was more than $4,000 while the average home roof repair topped $11,000. State Farm spokeswoman Holly Anderson suggests Iowans check in with their insurance agent now, before the next storm strikes.

“Find out what is your deductible, what will your insurance cover,” Anderson says. “You need to know those things when you’re filing a claim and just for peace of mind so you know that during this hail season, that you are covered.” Iowans need to be vigilant when it comes to severe weather and Anderson suggests keeping an ear to the radio. 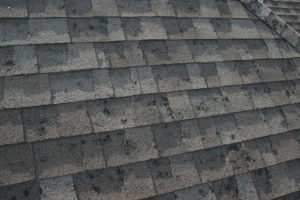 “We always say safety first, but if you know that there is an advance storm warning that’s threatening damaging winds and hail,” Anderson says, “we really advise folks to move their cars and boats and their other fun toys under cover so that you can try to avoid damage.” If your home’s roof or windows have been compromised by a storm, Anderson says you may need to act quickly.

“If you know you’ve had hail damage, whether it’s significant or not, if it’s safe to do so, go ahead and make temporary repairs to prevent any additional damage that might be coming through from rain and things like that,” Anderson says. “Save your receipts because a lot of times, those temporary repairs are something that’s covered under your policy.”

In the State Farm report for 2016, Iowa ranks 25th in the nation for the most hail claims.