You are here: Home / Business / Iowan says his election as president of the NRA is a ‘generation change’ 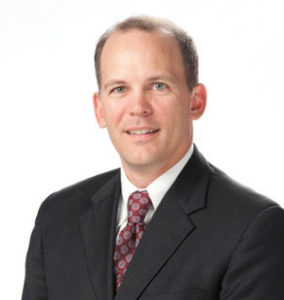 An Iowan was recently elected as the youngest president of the board of directors of the National Rifle Association.

Forty-eight-year-old Pete Brownell is a third generation member of the organization and the CEO of the Montezuma-based company Brownells, which makes guns, gun parts and accessories. Brownells was founded in Montezuma in 1939 by Brownell’s grandfather.

In an interview with Radio Iowa, Brownell said there is significance to him becoming the youngest to hold the position. “I represent a generation change. The NRA has a tendency to be looked at as out of touch, but I can tell you it’s pretty darn diverse, age-wise,” Brownell said.

Beyond the ages of members, Brownell said the organization is getting better at becoming more diverse, as it “spreads its wings” to represent more ethnic groups and different thoughts.

“I kind of represent that next generation of thought and speed and technology and adoption of the 21st Century,” Brownell said.

The group has some five million members. Brownell said his focus as president won’t involve the political issues, but will instead stick with the core purpose of the organization

“The bulk of the work that the NRA does is really in training, education, program development, supporting and promoting hunting and hunting safety,” he said, “so there’s a lot of programs that the NRA does.”

Brownell acknowledged the political issues often overshadow those other things.

“There’s a lot of training and safety that goes into what the NRA does…It never gets any publicity out there because the legal issues are what’s the news and the legislative issues are what the news covers,” Brownell said. “It doesn’t cover training of youth or hunting safety or conservation efforts that we do or youth activities and youth training. I like that stuff. That’s where I am focusing.”

Critics of the NRA say it promotes gun use and there are too many guns available in the U.S., but Brownell said the increase in demand for guns comes from the public, not the organization.

“The big (reason), and probably maybe the largest emerging one, is the one for protection,” Brownell said. “And that’s not just men buying guns. That is women. That’s the LGTBQ community. Those are the African-American communities out there buying pistols. They’re buying training. They’re looking for ranges to improve their skills.”

Brownell said people know the police cannot be everywhere and citizens want to be able to defend themselves when needed. Brownell also pointed to an increase in the number of high school students involved in trap and skeet shooting. He said it’s a popular activity for young people who don’t do other sports.

Brownell said the NRA works with people to train them to properly use their guns and have programs that work with the police, military. He cites one program for kids called “Eddie Eagle” which teaches children who find a gun to “stop, don’t touch, run away tell an adult.”

“My kids still know that and, if we had that in every school out there, we might have less problems, so we are going to be pushing some of those training activities,” Brownell said.

Brownell plans to be the voice to explain the training and work the organization does when people are critical of the NRA.

“The really good programs that everybody needs to at least to consider get overshadowed sometimes and it’s my job to…raise the bushel basket off those and shed the light on them for everybody to see the benefits of ,” he said. “You know, that’s how I answer. It’s not about the guns. It’s about the training and access.”

Brownell is the second Iowan to become the NRA president. Former deputy Des Moines Police Chief Kayne Robinson served as the NRA president from 2003-2005. “Kayne was right there with Charlton Heston when he was there,” Brownell said. “It was a great time for Kayne to be in a position were it was kind of redefining the NRA as well and I find myself kind of in that same position — not redefining but reinforcing the work the NRA has been doing since its origination a 150 plus years ago.”

Brownell was elected president at the group’s annual meeting in Atlanta at the end of April after serving on the board of directors since 2010.