You are here: Home / News / Kellyanne Conway to keynote summer conference in Iowa 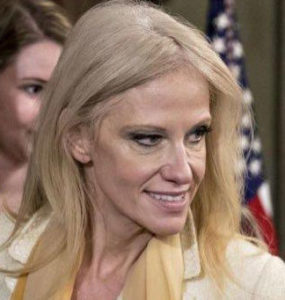 The first woman to successfully run a presidential campaign will be the keynote speaker at this summer’s “Family Leadership Summit” in Des Moines.

This will be the sixth summer in a row that the The Family Leader will host a day-long event for conservative Christians. The group has just announced Kellyanne Conway will be the keynote speaker at its 2017 event.

Conway is the long-time pollster hired last fall to manage the Trump presidential campaign. She’s now a counselor to the president. Bob Vander Plaats, president and CEO of The Family Leader, — says Conway’s experiences “at the highest levels of leadership and government” will provide a valuable perspective to Christian conservatives in Iowa.

Conway, along with a San Diego pastor and U.S. Senator Joni Ernst are among the confirmed speakers at the Family Leadership Summit. It will be held Saturday, July 15th in Des Moines.

Conway made frequent media appearances in the lead-up to the election and during the first weeks of the Trump administration. She has reemerged this week to publicly defend President Trump’s firing of FBI director James Comey.