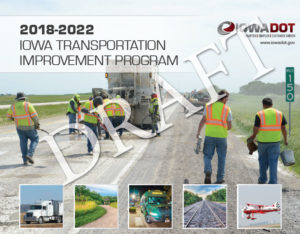 The Department of Transportation’s draft of the new 5-year for improving the transportation system across the state estimates there will be $3.5 billion in funding available.

The director of the DOT’s planning and programming division, Stuart Anderson says the five year plan continues the effort to improve and maintain the highway system.

He says there is particular emphasis in this program to fund bridge improvements. The plan has $1.2 billion allocated for those bridge improvements, and notes that number of structurally deficient bridges on the state highway system has been reduced from 256 in 2006 to 64 in 2016.

“The state fuel tax increase that passed in 2015 has provided an addition of a little over 100 million dollars a year in funding, so over life of the program over five years, that’s about 500 million dollars of additional work,” Anderson explains. Federal dollars take care of a majority of the cost of the work. Anderson says that funding is now more secure than it has been for many years when Congress kept passing funding bill extensions.

“They were relatively short, often months, or year, year-and-a-half,” Anderson says. “So, there wasn’t funding certainty beyond that time period, which caused some challenges in programming funds, when you don’t know that that funding will be there.” The funding bill in place ensures funding for at least four of the five years of this plan. The Transportation Commission reviewed the plan at their meeting Tuesday, and is now taking public comment on the plan.

He says the plan is available on the DOT’s website and they will take comments up until the June meeting. Anderson says the commission will vote on approving the plan at that June 13th meeting.