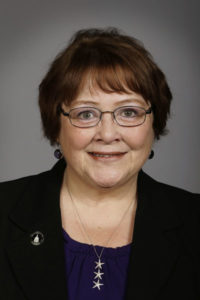 An Iowa lawmaker says it was a “terrible, horrible mistake” that a man convicted in connection with his wife’s death was able to collect on her life insurance policy — and a new state law will ensure it won’t happen again.

“She had cuts on her nose and on her knees, blunt force injuries and I’m not going to tell you about the rest,” Anderson says.

It has been illegal in Iowa for people to collect the life insurance benefits of someone they’ve been convicted of murdering, but Tyler Wirtjes and two others were convicted of sexually assaulting his unconscious wife, who died soon after the incident.

Wirtjes, who took photos of the assault with his cell phone, successfully filed a claim on his dead wife’s life insurance policy. Her parents went to court, but lost.

“This insurance was a policy that they had bought for her when she was four years old and they had paid for,” Anderson says, “but the man who contributed to her death…he got the insurance.”