You are here: Home / Crime / Courts / ‘Non-licensed’ school workers may now be charged with sexual exploitation of students 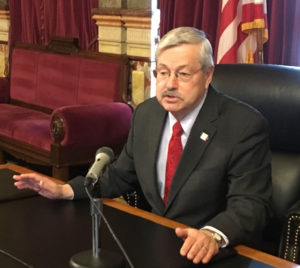 Under current law, licensed teachers, administrators and coaches can be charged with sexual exploitation by a school employee if they’re suspected of inappropriate contact with an Iowa student.

A new law the governor approved yesterday expands the list of people who could be charged with this crime to “non-licensed” school employees like cooks, custodians, bus drivers and volunteers who oversee students.

Representative Megan Jones of Sioux Rapids has been trying to pass this legislation for a few years.

“Many of you have reached out to me in one way or another and said that you had a similar issue in your district and I just appreciate the thoughtful, hard consideration you put into this bill so that we can make the children of Iowa safer,” Jones said during House consideration of the bill last month.

Three years ago lawmakers adjusted the law so prosecutors could charge coaches with the crime of sexual exploitation of a student. Legislators acted after the Iowa Supreme Court tossed out a conviction against an assistant basketball coach for having sex with a 16-year-old student. The court ruled the 36-year-old coach did not fall under the law forbidding sexual exploitation of students because he did not have a teaching license. His main job was at a manufacturing plant.

Those found guilty of the crime of sexual exploitation by a school employee can be sentenced to up to two years in prison.