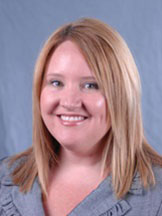 An Iowa State University study focused on people who are targets of workplace bullying.

Tye-Williams says most bullying victims said none of the advice worked. “But interestingly, when I asked them what kind of advice they would give to others, they repeated the same advice that either was not helpful for them, that made things worse, or that they didn’t use because they didn’t think it would be helpful for them,” she says.

Researchers found common themes among the advice victims received. The top recommendations include: quit the job or get out of the situation, ignore the bullying, fight or stand up to the bully, or stay calm and report the bullying. Tye-Williams says those options were often ineffective.

“They would talk about how they stood up to the bully but it only made things worse,” she says, “or they can’t quit their job because of financial reasons but then when I asked them, ‘What advice would you give,’ they would say, ‘Stand up to the bully because maybe it would work in another context,’ or they should quit, they should get out.” Many victims feared retaliation or further humiliation if they directly confronted the bully or lacking a better option, they did nothing about the abuse.

“People don’t have really good ways to navigate the situation so they’re kind of stuck in the cycle where they don’t know what to do,” Tye-Williams says. “There aren’t many stories out there circulating of people who successfully navigated a bullying situation.” Sometimes, people will report the bullying to human resources or to their manager but sometimes the manager is the bully, which makes it more complicated. She says some companies are ill-equipped to handle the situation, telling both parties to “work it out on your own” or to “act like adults.”

Tye-Williams co-authored the study with Kathleen Krone from the University of Nebraska-Lincoln. It appeared in the Journal of Applied Communication Research.