You are here: Home / News / ‘Leave It To Beaver’ star returning for Rock Rapids Heritage Days 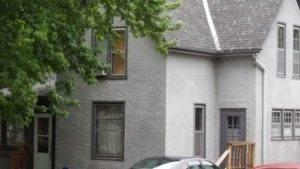 A TV star from the late 1950s and early ’60s is returning to his hometown in northwest Iowa next month.

Jerry Mathers, better known as “The Beaver,” was born in June of 1948 while his parents lived in Rock Rapids. His father was a teacher and coach at what was then Rock Rapids High School. The next year, the Mathers family moved to California, and a few years later, at the age of nine, Mathers landed the title role on “Leave It To Beaver.”

After many years of trying to get Mathers back to Rock Rapids, retired Central Lyon High School English teacher Ken Barker says he caught a break. Barker says, “Jerry Mathers’ agent died and as a result, I was able to get through to Jerry’s wife, personally, and then I also managed to get directly to Jerry on email.”

Barker says he thought having Mathers come to Rock Rapids could be a boon for the area. “I thought he could do for Rock Rapids, perhaps what somebody like Donna Reed did for Denison, Iowa,” Barker says “You know, that he could stir up the economy and everything. It’s a wonderful family show and I honestly think this could be one of the best things that ever happened to Rock Rapids, and I’m hoping and praying so.” Barker says reruns of “Leave It To Beaver” are still playing — and they should be.

“It shows a restoration of the family which I think our nation needs at the present time,” he says. “I’m not necessarily talking about Rock Rapids or small towns in northwest Iowa, because I think our families are already very strong.”

Mathers will serve as Rock Rapids’ Heritage Days Parade Marshal on Saturday, June 17th, and he and his wife Teresa will be available to meet and greet fans.