Governor Kim Reynolds will be in China in July, along with representatives of nine groups that represent Iowa farmers.

Former Governor Terry Branstad should be in residence at the U.S. Ambassador’s residence in Beijing by then. The trip is also timed to coinicide with the expected end of the Chinese embargo against U.S. beef that’s been in effect for 13 years.

“Personal relationships and friendships are significint in the Chinese culture,” Reynolds said. “and if Iowa farmers want to be the main supplier of choice to China’s 1.4 billion people — one of the world’s biggest customers — that’s where we’ll go.” 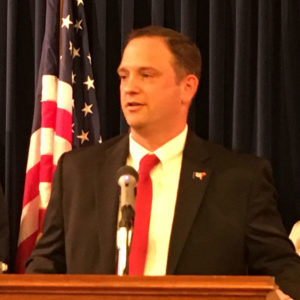 Iowa Cattlemen’s Association CEO Matt Deppe will go on the trade mission to China, too.

“(China has) 1.4 billion people, a population that has a middle class larger than the United States’ domestic population,” Deppe said. “It seems pretty logical that we want to have a relationship there and we want to grow Iowa ag value through exports to that market.”

Deppe told reporters it appears the Chinese are interested in cuts of beef like chuck roast that are popular in the U.S. as well as cuts that don’t sell well here, like beef tongue.

“When you talk about the Chinese opportunities from a marketing standpoint, that market has actually grown from the third or fourth largest beef market in the world to the second largest, coming up their year,” Deppe said. “It’s around a $2.6 billion market from a beef trade standpoint as well.” 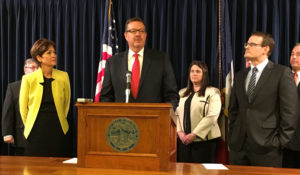 Leaders of the Iowa Pork Producers, the Iowa Corn Growers, the Iowa Soybean Association and the Iowa Farm Bureau will be on the trip, along with commodity groups representing Iowa’s poultry and dairy industries.

The trade mission starts July 19th and the group plans to return on July 28th. The Iowa delegation will stop in three Chinese cities — Beijing, Shanghai and Xian.

Reynolds led several trade missions over the past six years as lieutenant governor and this will be her sixth trip to China.

“Ninety-three percent of our purchasing power is outside of the United States,” Reynolds said, “and so we need to continue to look for ways that we can grow and expand access to Iowa commodities and Iowa products.” 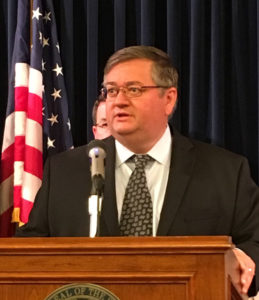 According to Iowa Soybean Association CEO Kirk Leeds, China imports about 60 percent of the soybeans that are grown in the world.

“I’ve had the opportunity to travel to China about 20 times for Iowa soybean farmers,” Leeds said. “This is an historic trip as we take, really, all of the major ag commodity groups and farm organizations to China.”

The Iowa Soybean Association has invested about a million dollars in a “fish farm” in China and the Iowa group will visit the facility during their trade trip.