Atlantic Coca-Cola Bottling Company is selling its central Iowa distribution center in Waukee and expanding into a vacant building on the south side of Des Moines.

“We would fit about five of the Waukee facilities inside the building on the south side,” Kirk Tyler, the company’s chairman and CEO, told Radio Iowa this morning.

This expansion comes after the family-owned firm acquired the rights to distribute Coca-Cola products in northern and eastern Iowa last October. Tyler expects to hire about 20 new employees to work in the larger space. 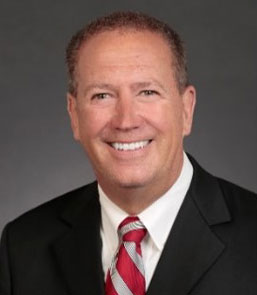 Tyler’s family distributes Coca-Cola products to 90 percent of Iowa as well as parts of Minnesota, Wisconsin, Illinois and Missouri. The central Iowa warehouse along Highway 6 in Waukee has become a congested area, with a suburban HyVee store at the same intersection. The company’s new location on the south side of Des Moines has ready access to the Highway 5 bypass which connects to both Interstates 35 and 80.

“Because we go down into the Ottumwa territory and over to the Quad Cities, if we were going to build a new facility or move into a different facility, businesswise it just made sense,” Tyler said.

July 31st is the target date for making the move from company’s Waukee facility to the four-times-as-large building on the south side of Des Moines. The company operates from eight other Iowa locations as well. The company headquarters is in Atlantic.