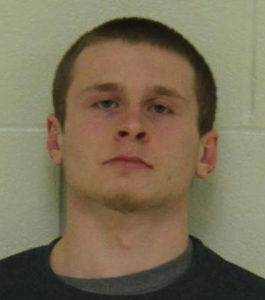 A Mason City man is wanted in connection with a stabbing on Tuesday afternoon. The Mason City Police Department says an arrest warrant has been issued for 20-year-old Braedon Bowers on a charge of attempted murder.

Police were called to a home shortly before 3:35 P.M. where they found a 23-year-old male had been stabbed. The victim, who is not being identified, was taken to Mercy Medical Center-North Iowa for treatment and at last report was in critical condition.

Police say Bowers and the victim knew each other prior to the stabbing. Mason City police and the Iowa Division of Criminal Investigation continue to investigate .