You are here: Home / News / SEIU local president ponders bid for governor in 2018 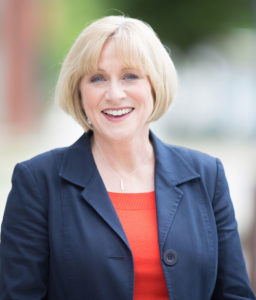 A union organizer from Coralville says after watching Republicans at the statehouse roll back union rights this winter, she’s formed an “exploratory committee” to plan a campaign for governor.

She worked as a registered nurse in the University of Iowa Hospitals intensive care unit. Eighteen years ago Glasson led the effort to form a union at the hospital and she is now president of the local Service Employees International Union. Glasson says she was shocked when Republican lawmakers rolled back minimum wage increases in a handful of counties, including Johnson County where she lives.

“That tells me and tells a lot of Iowans that politics as usual isn’t working in the state,” Glasson told Radio Iowa. “That’s driven me to do this exploratory committee and get out and visit with Iowans and actually listen to Iowans and their concerns and their issues.”

Glasson expects to make a decision about a run for governor within a couple of months. Glasson already has a campaign website and she released a video there this morning outlining her priorities. There are already several declared candidates for the Democratic Party’s 2018 nomination for governor and a few others still said to be considering a run.