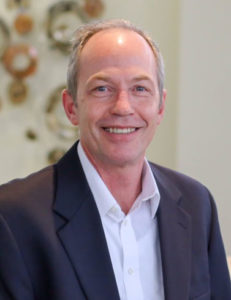 A clinical trial is underway in the region to test a drug that shows promise in treating the condition that afflicted actor Robin Williams before his suicide in 2014.

Researcher and board-certified psychiatrist Walter Duffy says as many as one-point-four million Americans have Lewy body dementia. It impacts each person differently but many of the symptoms can be drastic.

“There’s some fluctuating levels of attention and concentration,” Duffy says. “People will have hallucinations. They can also have sleep issues such as acting out their dreams. They can have some violent movements where they can even hurt their partner during sleep or fall out of bed.”

Some sufferers act out their dreams vividly with no memory of doing so. Doctor Duffy runs a clinic and sleep lab in Lincoln, Nebraska. Several Iowa patients are taking part in the medical trial and there’s room for more. The drug is called nelotanserin .

“It’s an ongoing study,” Duffy says. “If patients out there have, or they have loved ones who have any signs of memory issues and they have any hallucinations or sleep issues, we wish they would contact us so we can talk to them further about this.” Once the active phase of the study is complete, Duffy says participants will be provided with the medication for a “significant period of time.”

Lewy body dementia can be very difficult to pinpoint. “It often goes unrecognized for quite a while,” Duffy says. “It’s very typical they’ll see three or more clinicians before it even gets diagnosed. Often, family members are at a loss for what to do with their loved ones when they start having memory issues, and then if they start seeing things or having sleep issues, they’re looking and searching for help.” There are no approved therapies for the treatment of the ailment in the United States.