You are here: Home / News / Governor and First Spouse moving into Terrace Hill this weekend 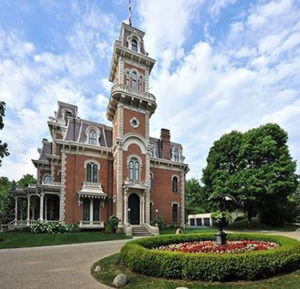 The historic transition at the governor’s mansion is happening this weekend. Former Governor Terry Branstad and First Lady Chris Branstad expect to have their belongings out of Terrace Hill by three o’clock this afternoon.

Governor Kim Reynolds and her husband, Kevin, will move in this weekend. According to the governor, Kevin Reynolds now holds the gender neutral title of “First Spouse.”

“I have a lot of fun calling him the ‘first dude,’ as well as our daughters do,” Reynolds says. “I’m really looking forward to having Kevin be a part of this. He’s been such a tremendous support.”

Since she became lieutenant governor in January of 2011, Reynolds has split her time between a rented apartment in Des Moines and the couple’s home in Osceola.

“It’s going to kind of be nice to have him home every night instead of just on the weekends,” Reynolds says.

Kevin Reynolds has just retired after a 36-year career as a soil conservationist with the U.S. Department of Agriculture.

“He’s really excited to be a part of this,” the governor says. “I’m really proud of him.”

Reynolds, who became Iowa’s governor 10 days ago, says her husband has yet to decide upon a “cause” to promote, but he is planning to host formal teas at the governor’s mansion just like former first ladies have done for years.