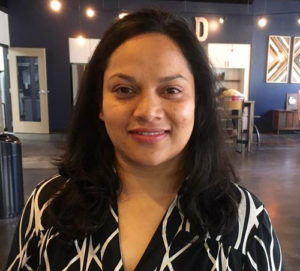 An Iowa City mother is starting a company which she describes as “Uber for kids.” Bees Knees Drive will be Iowa’s first child ride service app.

When it launches in the Iowa City area, parents will be able to order transportation for their kids to school or activities. Founder Anamika Chandel says she got the idea when she spent a few months working as an Uber driver.

Chandel says, “I met a lot of people, a lot of mothers, families, who said they’d like someone like me to drive their kids around.” Chandel says she’ll hire female drivers who have child care experience and pass state and local background checks. She says she wants the app to allow drivers to send photos of the kids to their parents.

Chandel says the business will be similar to Uber, but with additional requirements for the drivers. “I have a son, so I wouldn’t send my kid with just anyone,” she says, “so I’m gonna make it so secure that I could send my kid anywhere with the care driver.”

She plans to offer the service to a few families by the end of this month and launch the full app this fall. After that, Chandel hopes to expand the business to other cities in Iowa.