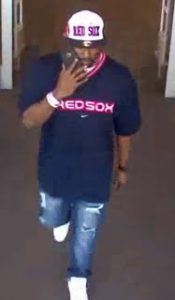 Cedar Falls police are looking for a man who was caught taking photos up a woman’s skirt. But, they need help identifying the suspect.

Cedar Valley Crime Stoppers has released security camera video of the incident, which shows the man pretending to shop at a Cedar Falls retail store. On the video, the man is seen following the woman as she shops inside the store. The video shows the man using his cellphone to take several pictures up the woman’s skirt while her back is turned to him.

According to Cedar Falls police, the woman discovered what the man was doing when he accidentally bumped into her while shooting some of the photos. Police say the man quickly left the store before officers arrived.