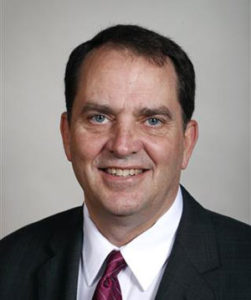 A new law in Iowa updates the crime of dependent adult abuse to include verbal abuse as well as demeaning online comments, photos or video. Representative Michael Bergan of Dorchester helped guide the update through the legislature.

“It reads, in part, ‘a willful act or statement by a caretaker intended to shame, degrade, humiliate or otherwise harm the personal dignity of a dependent adult,'” Bergan said.

Representative Mary Mascher of Iowa City said the update was needed because of recently uncovered verbal abuse of mentally disabled residents at the Glenwood Resource Center.

“It was a very unfortunate situation because the person who committed the fault was actually fired, but then went down the road and was hired by another nursing facility because there was nothing in the law to prevent that,” she said this spring, “and so this really and truly does clean up a gap in our law.”

In addition, Dave Werning, a spokesman for the Iowa Department of Inspections and Appeals, said there have been a “couple of instances” where a caretaker posted an “offensive” video of an Iowa nursing home resident on SnapChat.

“When the initial dependent adult abuse laws were written, nobody anticipated the use, the growth, the expanse of all types of social media,” Werning told Radio Iowa.

The new standards took effect when former Governor Branstad signed the law on March 30. Werning’s agency has written new rules for nursing homes and other facilities where this type of activity is now barred. Those rules will be reviewed by a legislative committee in July.