You are here: Home / Education / ISU sells airplane that was at center of former president’s travel issues 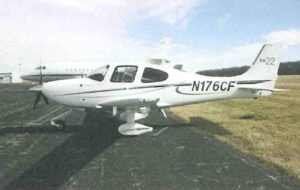 Photo of plane from one appraisal done for ISU.

Iowa State University has sold the plane that led to a bumpy ride for former school president Steven Leath.

Information posted online by the Ames school shows the single-engine plane was sold to Midwest Aviation Equipment in Cedar Rapids for $450,000.

The plane became the focus of many questions after it was revealed the plane was damaged in a hard landing in Illinois while being flown by Leath.

The Board of Regents asked for a review of Leath’s use of the plane and a report released in December said Leath’s use of university aircraft had at least a few instances where it fell into the gray area, though most were entirely business related. Leath reimbursed the school for the trips he took and apologized and the board took no action against him.

Leath announced in March he was leaving ISU to become the president of Auburn.