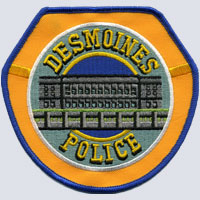 Des Moines police are investigating a double homicide, which stemmed from a fight that broke out at a party.

Police were called at 3 a.m. Saturday to the 1800 block of Easton Boulevard on Des Moines’ east side on the report of a shooting. Officers said they encountered a “hostile crowd” and witnesses who weren’t fully cooperating with the investigation.

Two men were found with gunshot wounds, one died at the scene and the other at a hospital. They’re identified as 26-year-old Darnell Lee and 30-year-old Jason Smith, both of Des Moines. There’s been no word of any arrests in Des Moines’ 17th and 18th homicides this year. That compares to 13 homicides in all of 2016.