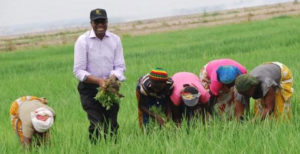 The Iowa-based World Food Prize will be presented this year to a man who’s credited with expanding food production in Nigeria and transforming African agriculture.

Akinwumi Adesina is the current President of the African Development Bank. Earlier in his career, Adesina served as Vice President of AGRA.

Quinn said, during Adesina’s tenure with the Alliance for a Green Revolution in Africa, Adesina led an effort to increase the availability of credit for farmers across the continent. From 2011 to 2015, Adesina was Nigeria’s Minister of Agriculture and he launched the E-Wallet system — providing farmers with vouchers redeemable for inputs using mobile phones. 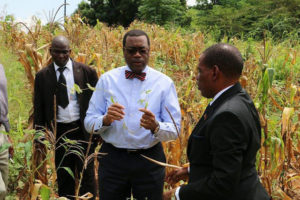 “Which broke the back of corrupt elements that had controlled the fertilizer distribution system for 40 years,” Quinn said. “That, and other reforms he implemented, increased food production by 21-million metric tons and led to and attracted $5.6 billion in private sector investments that earned him the reputation as ‘the farmer’s minister.'” The 57-year-old Adesina will be honored on October 19 with a ceremony at the Iowa State Capitol.

“His receiving the World Food Prize will give impetus in the coming decade to his profound vision for enhancing nutrition, eliminating childhood stunting, uplifting smallholder farmers, empowering women, and inspiring the next generation of young Africans,” Quinn said. Adesina will be the sixth African to be awarded the World Food Prize – which was founded in 1986 by Cresco, Iowa native Norman Borlaug.

Quinn noted that 2002 World Food Prize laureate Pedro Sanchez has called Adesina “Africa’s Norman Borlaug.” Borlaug, who died in 2009 at the age of 95, has been called “the father of the Green Revolution” and is credited with saving a billion lives from starvation by developing high-yielding wheat varieties. He was awarded the Nobel Peace Prize in 1970.