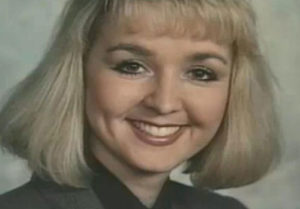 Mason City’s police chief says he’s confident the mystery behind the disappearance 22 years ago of former KIMT television anchor Jodi Huisentruit will be solved someday in the near future.

Jeff Brinkley says he’s hoping one of those final pieces of the puzzle can be found soon. He says, “I hope it’s this year. I think it’s really close. I think when we can get it going, it will pick up steam and I think it will come together pretty quickly when we can do that.” Brinkley says they continue to get information and tips about the case.

“I don’t think we’re far away from having a few things fall together, and we’re going in a very specific direction,” he says, “we just are lacking a little bit of evidence to be able to do some of those things, and I think at some point we’re going to catch that break, either through technology or a cooperative person investigation. Things will fall pretty quickly when we get started down that path.”

“I’m not blaming anybody in the past, it’s just that our profession has changed, and our relationships among different agencies have changed,” Brinkley says. “I think we’re at the point now where those relationships are as good as they’ve ever been. I would just say if someone had an experience that wasn’t necessarily positive with us in the past, give us another chance at this and make sure you’re sharing what you have.”

Brinkley says he thinks there’s still someone in the community that hasn’t shared all the information they know about the case. He says 22 years later, it’s the right thing to do and help put things to rest for the community, and then hold the people responsible accountable.

Huisentruit was abducted outside her apartment in the early morning hours of June 27th 1995. Police found her car, blood, other personal belongings and evidence of a struggle in the parking lot.