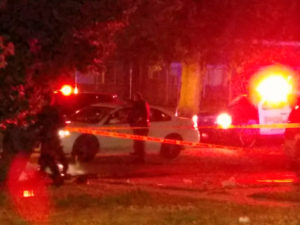 One person is dead following a shooting on Friday night in Charles City. Police are searching for 36-year-old Antoine Williams, a black man who is 6’ 7″, weighs around 250 pounds. A warrant has been issued for first degree murder.

Williams is considered armed and dangerous. He may be in a 2006 Chevy Equinox with Iowa license plate number DOW 568. The victim of the shooting was transported to the hospital where they were pronounced dead. The name of the victim has not yet been released pending notification of relatives.