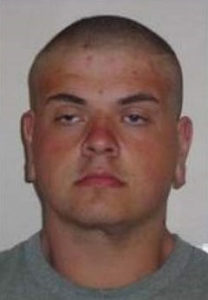 A man is facing charges in eastern Iowa after police say he stole a pickup, rammed a squad car, and led officers on a chase.

A Mount Vernon Police officer pulled over a pickup just before 2 a.m. Sunday and reported, as he was speaking with the driver, the man placed the pickup in reverse and rammed the police cruiser behind him three times before speeding off.

Officers learned the pickup was stolen from West Union and it was being driven by 20-year-old Tyler Kelly, who was wanted for escape from the West Union Residential Facility.

At one point during the chase, the pickup was traveling west in the eastbound lanes on Highway 30. Officers lost sight of the pickup on gravel roads near Mechanicsville. Kelly was eventually arrested just before noon on Sunday at a home in Clarence. He’s now in the Linn County Jail, facing charges of assaulting an officer, motor vehicle theft, second-degree criminal mischief, driving while barred, and speeding 100 miles-per-hour in a 55 mph zone.