You are here: Home / Sports / Wisconsin is favorite in B1G West 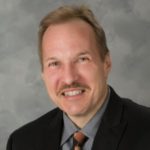 “I have got Northwestern coming in second”, said Steele. They have got a little more manageable schedule than both Nebraska and Iowa. I’ve got Nebraska coming in third in the west.”

Steele has Iowa picked for fourth and says Minnesota has a chance to be the surprise team in the Big Ten.

“Look at Minnesota’s early season schedule”, added Steele. “They host Buffalo, at Oregon State, Middle Tennessee State, Maryland at home, at Purdue, a rebuilt Michigan State at home and then Illinois at home. This is a team that could actually be favored in its first seven games. If you are looking for a dark horse in the Big Ten I think they would be my pick”

The Hawkeyes open the season at home against Wyoming on September 2.