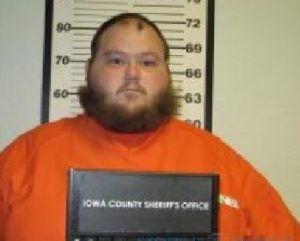 An eastern Iowa man is behind bars, charged in the death of a child. Williamsburg Police say 29-year-old Cody James Stevenson is not related to the child.

Stevenson was initially arrested and charged with willful injury Monday morning, but the charges were upgraded to first-degree murder after the child died Monday evening.

The child’s name and age and other details about the case have not been released.