You are here: Home / Sports / High Schools deal with dwindling pool of officials 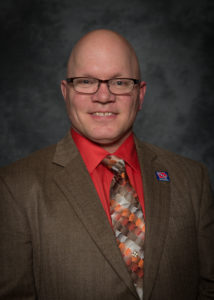 High school sports in Iowa are hoping to combat an alarming shortage of officials. According to figures from the Iowa High School Athletic Association the number of licensed officials in seven sports has dropped 16 percent in the last 10 years.

The biggest concern is in the sports of wrestling and baseball. The number of licensed officials in wrestling has dropped 24 percent in 10 years. In baseball the drop is more than 25 percent.

“There is definitely an issue with finding umpires for baseball”, said Lewie Curtis, Director of Officials for the Iowa High School Athletic Association. “There are a lot of freshman, sophomore and junior varsity games that I am seeing from schools that are having a hard time getting those games filled.”

“One thing I am going to do is start a mentoring and training program for wrestling officials”, added Curtis. “I hope it will serve as a testing ground for what we might be able to expand into other sports.”

Curtis says major metro areas like Des Moines and Cedar Rapids have larger pools of officials but the shortage is being felt in all parts of Iowa.

“I don’t think anybody is immune from it but we have seen the corners of the state struggle to get officials. We have got to try and work hard at recruiting in all areas but the remote areas of Iowa we are concerned about.”