You are here: Home / Education / Iowa Student Loan advises you not to wait to research college funding for fall 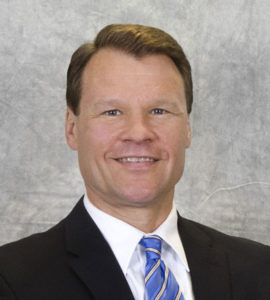 Iowa Student Loan CEO Steve McCullough says it’s especially important for parents who might use the Federal PLUS Loan program, as the rates increased on July 1st. He says those rates went from 6.3 percent to 7 percent.

McCullough says there are other options available.  “For this particular loan, there are several private student loans that parents can consider using instead. One of those is the Partnership Advanced Education loan provided by Iowa Student Loan. And a new version called the College Family Loan,” McCullough says. He says the loans administered by his organization do have a lower interest rates.

“The highest fixed rate (APR) that we’re charging for this fall is 6.85 percent,” according toe McCullough. “Now we know that there are other private loan programs that are available to parents to fill this gap — but we don’t believe that any of them that have this same situation where the highest fixed-rate they are charging is 6.85 percent.” These are loans that are taken out by the parents with the idea that the college students will eventually pay them off. McCullough says it is important for parents to fully understand that they are on the hook for the loans if the students don’t pay.

“Now many parents make the mistake of assuming that there son or daughter will pay it anyway — but that doesn’t happen in all cases — and that leads to some real consternation among the families,” McCullough says. He says parents and students should do as much research as they can right now to find out all the options available so they don’t have to scramble in the fall.

“Most families tend to look into loan options at the point they get their first bill from the college and they figure out they don’t have the money in their bank account to pay for it,” McCullough explains. “They receive their award letter from the college that said they may need to borrow in the spring, but they’ve still been trying to arrange how they are going to pay for it.”

Iowa Student Loan is the nonprofit entity in the state that administers students loans. McCullough says they have a variety of information on their website about student loans and borrowing.