You are here: Home / News / State forestry division going away as part of DNR budget cuts 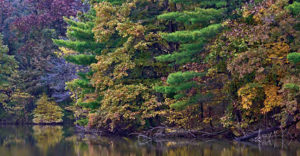 The Iowa Department of Natural Resources is eliminating its forestry division and several jobs in response to state budget cuts.

DNR spokesman Alex Murphy says the Bureau of Forestry is losing its chief, while the district foresters will keep their jobs.

Murphy says, “Just internally through our reorganizational moves, we’ve moved these employees under different areas and actually eliminated the bureau itself, although all the functions of the bureau exist just in different bureaus or divisions.”