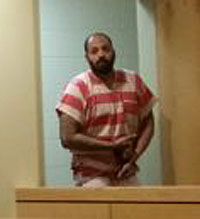 Jury selection begins today in the double-homicide trial of a Lake Mills man.

Thirty-one-year-old Peter Veal was charged with two counts of first-degree murder and one count of attempted murder after being accused of the early morning November 17th deaths of Mindy Kavars and Caleb Christensen at a residence in northeastern Mason City.

Veal pleaded not guilty in December to the charges, but in March he was ruled as not competent to stand trial based on a psychiatric evaluation that showed he was suffering from a mental disorder that prevented him from participating in court proceedings. After being treated at the Iowa Medical and Classification Center, it was ruled that Veal was competent to stand trial.

The trial has been moved to the Webster County Courthouse in Fort Dodge after a change of venue motion was approved due to pretrial publicity. If convicted of first-degree murder, Veal would face life in prison without the opportunity for parole.