You are here: Home / Military / Top general in the Iowa National Guard is retiring 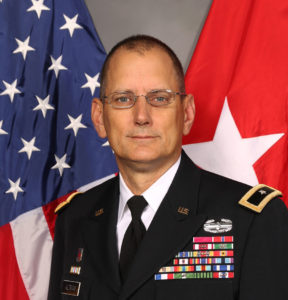 A top leader in the Iowa National Guard is going to retire in September.

Guard spokesman, Colonel Greg Hapgood, says Deputy Adjutant General Steven Altman is retiring. “General Altman grew up in Crescent, Iowa and he got his commission as an officer from Creighton University Reserve Officer Training Program, also known as ROTC, in May of 1983. He’s been in the Iowa National Guard since September 1979, so he’ll reach just at 38 years of service at the time of his retirement,” Hapgood says.

Hapgood says time of service is one of the factors that goes into retirements for this position. “The other piece about Deputy Adjutants General is that they’re actually appointed by the governor of Iowa,” Hapgood explains. “And so, it’s very common that when you have a new governor they will have new appointees, whether you are talking about department heads or other appointed positions, this is one of those gubernatorial appointments.” 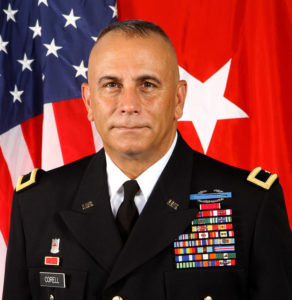 Governor Kim Reynolds has appointed a northeast Iowa native to replace Altman. “Brigadier General Ben Corell has been in the Iowa National Guard over 30 years. He has extensive command experience — whether you are talking about company, battalion or brigade level,” Hapgood says. “And in his particular case, he has mobilized multiple times.”

Corell was born in Manchester and raised in Strawberry Point. He was part of the mobilizations of the First Battalion 133rd Infantry, which was mobilized for 22 months during Operation Iraqi Freedom.

“And then he also commanded the Second Brigade Combat Team of the 34th Infantry Division when they deployed to Afghanistan in 2010-2011, which was the largest single deploy since World War Two. So, he may be fairly well know to Iowans,” according to Hapgood. Corell is currently completing an active duty tour as the Deputy Commander, NATO Multinational Division Southeast in Bucharest, Romania.

Hapgood says the top positions in the Iowa National Guard do not change very often.”It’s not unusual that once you get to a very senior level as a general officer that you’ll stay in that assignment for several years,” Hapgood says. “The important piece also is that you want to be careful not to homestead. You’ve got lots of talented officers and non-commissioned officers coming up and you don’t want to cut off their opportunities. So, there’s a balance.”

Altman will retire on September 1st, and Corell will assume the position at that time.