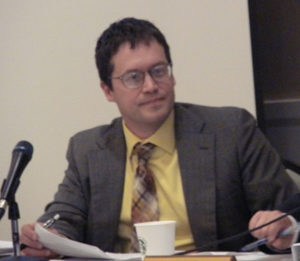 The Iowa Racing and Gaming Commission reports a slight increase in gross revenues as the 19 state-licensed casinos counted their chips at the end of the fiscal year June 30th.

Racing and Gaming administrator, Brian Ohorilko, says there were not major red flags in the numbers. “Just about a one percent increase in adjusted gross revenue. Also, admissions were up about that same rate — certainly better than the alternative,” Ohorilko says. Twelve casinos saw a drop in revenues compared to last year, but the Isle of Capri in Bettendorf and Rhythm City in Davenport both saw increases after moving to new land-based facilities.

“Consistent with what we’ve observed in other instances where facilities have increased their capital to go from the riverboat to land — there’s a number of different types of amenities now that these facilities can offer,” Ohorilko says.

The Bettendorf casino went from $69.7 million in revenue to $77.4. The Davenport casino jumped from $43.9 million to $61.9 million in revenue. Ohorilko says it appears the gamblers lost to an Illinois casino that moved to land right across the river are taking a look at the new Iowa facilities.

“You’re seeing kind of some of that come back to Iowa when the two Iowa properties decided to move their operations to land,” Ohorilko says. He says history has shown casinos do more business immediately after moving to land and improving facilities. It also shows the surge in traffic from the new facility will ease some.

“The next year I think it will be reasonable to assume that it might bounce back a little,” Ohorilko says. “We are seeing some of that at the Hard Rock facility in Sioux City, where they had two banner fiscal years prior to this one. In this one they did see a little bit of a correction with a more significant decrease than maybe some of the other facilities around the state.” The Hard Rock Casino in Sioux City saw $77 million in gross revenue in the last fiscal year compared to $83.1 million in the previous fiscal year.

The Wild Rose Casino in Jefferson joined the eastern Iowa casinos in seeing an increase — going from $26.8 million last year to $28.2 million this year. Ohorilko says he doesn’t expect any major shifts as they head into this new fiscal year as there are not any major construction plans proposed.

The Racing and Gaming Commission will consider applications for a gambling license for Cedar Rapids, and he says the market surveys that are in the works for those will be ready in October.

“Those reports will look at more than just Linn County, they will look at the entire state,” Ohorilko explains. “And so certainly those will be just another preview and will help with any sort of predictions into the next fiscal year.”

The commission will meet Thursday in Altoona and will hear presentations on the three proposals for new casinos in Cedar Rapids.