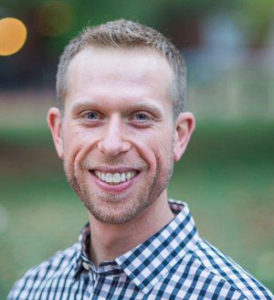 Another candidate has stepped onto Iowa’s crowded politicial field, hoping to win a spot on the final roster for the 2018 General Election. Democrat Thomas Heckroth of Cedar Falls released a video today to formally kick off his campaign in Iowa’s first congressional district.

“As a sixth-generation Iowan, I was raised to believe that no matter who you are or where you come from, you can own your future if you work hard and play by the rules,” Heckroth said.

“I’m running for congress because we need an economy that values work more than wealth, but sadly Washington politicians are again rewriting the rules to favor billionaires and corporations,” Heckroth said in the minute-long video. “We’ve tried that top-down approach. It hasn’t worked. It’s time to win from the ground up.”

Heckroth will likely face at least two other Democrats in a 2018 primary for the chance to face Republican Congressman Rod Blum of Dubuque.  Abby Finkenauer of Dubuque has raised more than $155,000 for her campaign. Courtney Rowe, an engineer from Cedar Rapids, is also running in the first district.

Three other Democrats have filed the paperwork to run in Iowa’s third congressional district, hoping to challenge Republican Congressman David Young’s bid for a third term.