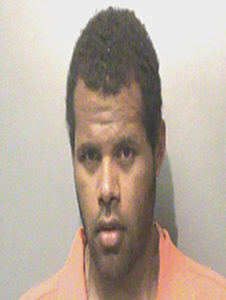 A Des Moines man faces several charges after telling police he had put explosives inside a West Des Moines mall.

West Des Moines police say they received the call around eight p.m. Wednesday from the who said he had barricaded himself in the Valley West Mall. Dispatchers continued conversations with the man, identified as 26-year-old Quinten Nelson, and he told them he had explosives and was armed.

Police officers from six other departments and the State Fire Marshal’s office responded and Nelson was eventually located in a construction dumpster behind a store.

Nelson was taken to the hospital for an evaluation and then booked into the Polk County Jail. He is charged with threatening terrorism, threat of an explosive device, first-degree harassment, interference with official acts, and false report of an explosive or incendiary device.