Two groups hoping to win a gambling license to open a casino in Cedar Rapids presented their projects to the Iowa Racing and Gaming Commission today at their meeting in Altoona. 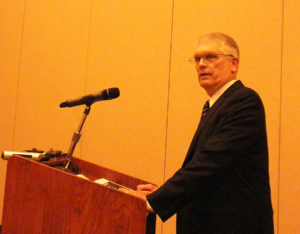 Cedar Rapids was denied a gambling license back in 2014, with commissioners citing concerns about the impact on existing casinos. The Wild Rose casino development group President Tom Timmons presented their proposal first.

“We heeded what you said in April of 2014 when you denied the license application for Cedar Rapids. The chief reasons you gave for rejecting that application were, cannibalization, saturation, and fear of destabilization,” Timmons says. He says their smaller casino design addresses those concerns. 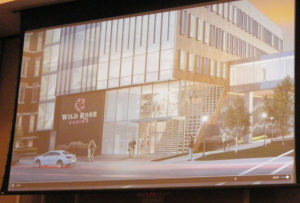 “We believe that the right size property is an urban, boutique casino constructed in an already exciting entertainment district,” Timmons says. “It will be additive to the local businesses, the community and the state.” The Wild Rose proposal doesn’t have the restaurants or entertainment area that many casinos have.

“We’re not going to compete with the existing 47 restaurants, coffee shops and bars, not to mention boutiques, hotels and theaters. We’re going to compliment them, drive business to them,” Timmons says. “We will buy rooms at the Double Tree Inn every week. When our guests are done playing, we are going to provide them with vouchers for restaurants in the district. We are going to negotiate deals with theaters and event venues for tickets, as well as help bring in more shows and entertainment.”

Timmons cites their development of a unique casino in Greene County and its success as an example of how this project was developed. He says their Cedar Rapids casino plan will bring in the customers that are already in the area and enhance their experience, which should address concerns about taking customers from other casinos.

“Our boutique casino will draw to, not away from the energy, nightlife, restaurants, shops, attractions already defining the revitalized Cedar Rapids. From downtown all the way to New Bo,” Timmons says.

Wild Rose is partnering with the Cedar River Alliance for Gaming as its nonprofit. That organization announced today it is upping the amount it will pay nonprofit organizations in the community from 4 to 5 percent. 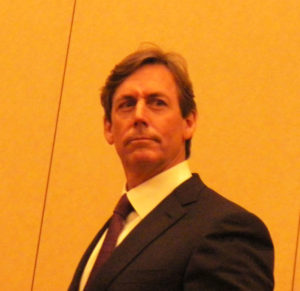 The Cedar Rapids Development Group presented the commission with two proposals. One is the casino project that got rejected in 2014, known as Cedar Crossing on the River. The other is a smaller casino known as Cedar River Central or Cedar River 2.0. Casino developer Peninsula Pacific is working with the CRDG, and Brent Stevens presented the proposal.

“You have two decisions here. First, is this the right time for Cedar Rapids? And if you decide that it is the right time, who is the best developer…in the Cedar Rapid market,” Stevens says. “Well, not surprisingly, we believe it is us.” Stevens says his company has successfully partnered in other casino ventures in Iowa and says the Hard Rock Casino in Sioux City is a good example of the work they do. 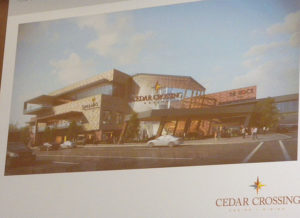 “Our gaming industry experience, our long-term investment in developing cutting-edge gaming facilities right here in Iowa, and our commitment to developing venues that lift the surrounding communities, all speak very, very well for us being the best choice,” according to Stevens. The Cedar Crossing plan is supported by the city and would link to the city owned U.S. Cellular Center and Double Tree Hotel.

City Manager Jeff Pomeranz says the casino will be a boost to those facilities. “We believe that a casino would mean some significant additional dollars to the city. We see that occupancy would increase, we believe by 10 percent or more. And this would also allow an increase revenue,” Pomeranz says.

The Cedar River Central project would have roughly the same amount of slot machines and gambling tables as the Wild Rose proposal, but Stevens says they would put more money into the city with the restaurants and amenities.

The Iowa Racing and Gaming Commission will visit the proposed casino sites in Cedar Rapids in September. They will get reports on the gambling market studies at their meeting in October, and then make a decision on a possible license in November.