You are here: Home / Human Interest / Iowans reflect on visit to Kosovo 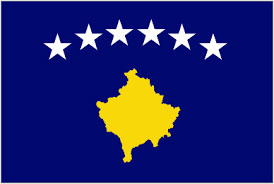 A delegation of about 20 Iowans has returned from what they describe as a good will mission to the European nation of Kosovo.

“I really learned a lot about the country, what’s happening over there,” Kinney says, “and how we can continue to build the sister city-state relationship between the state of Iowa and the country of Kosovo.”

He says the Iowa delegation, which included Ag Secretary Bill Northey, helped government leaders from Kosovo on a plan for a variety of programs between Iowa and the Balkan nation.

“They’re a new country and are really building their educational system up,” Kinney says. “There are a lot of new universities, a number of them are less than four or five years old and coming off the ground. They’re really focused on bachelors, masters and doctorial-level courses.”

The nation has no equivalent to America’s two-year community colleges and they could use exactly that, according to Kinney. He wants to develop an educational exchange program between Iowa and Kosovo.

“For them to continue to grow their economy, there are some needs in the technical area and in infrastructure, in electrical, water, sewer management and different things like that,” Kinney says. “I think there will be opportunities for Iowa Central to host some of those students on our campuses themselves.”