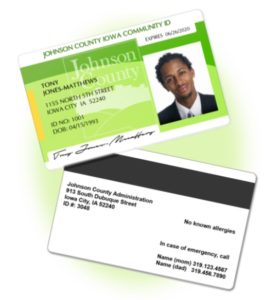 Johnson County is celebrating the two-year anniversary of its community ID program today. It’s the first program of its kind in the Midwest and has issued more than a thousand IDs since it began.

Mazahir Salih, of the Center for Worker Justice of Eastern Iowa, says there’s been a lot of positive feedback. She says the IDs have allowed some residents to access health care, libraries and to show ID when using a credit card.

“The relations between the police and the community has been really improved,” Salih says. “Things are not escalating anymore by identifying yourself using the community ID.”

County leaders say they continue working to raise awareness for the program among residents and businesses. Salih says all kinds of people are using the community ID.

“We have really positive feedback,” Salih says. “They said they’re opening some bank accounts and also they use it to go and get discounts in some stores.”

The program is meant to provide photo IDs to people who are denied state identification because of immigration status, sudden displacement or age.