You are here: Home / Crime / Courts / Court hearing looks into firing of mayor of Muscatine 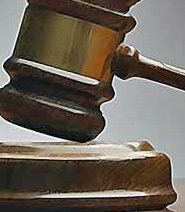 Muscatine’s mayor has her day in court today.

Why did the Muscatine City Council vote Mayor Diana Broderson out of office? And was her removal constitutional?

A district court judge is scheduled to hear testimony about those questions.

Broderson, who was elected in November 2015, was ousted May 11 on a 7-to-nothing vote for what the council said was willful misconduct and neglect of duties.

The vote followed months of debate and hearings and took less than five minutes.

Broderson says she’s the victim of a witch hunt and appealed the decision to fire her to district court.

A judge ruled June 16th that Broderson be returned to office while her appeal is heard.