You are here: Home / Human Interest / Big gift for nonprofits in Sioux City 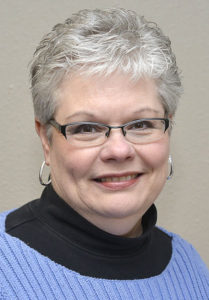 Charitable organizations in the Sioux City-area received an unexpected gift this week. Sioux City-native and World War Two veteran Bill Johnson died in late April at the age of 91. He lived his professional life in Los Angeles, accumulating wealth as a contractor. He returned to his hometown 11 years ago and has now left his estate to local nonprofits.

Food Bank of Siouxland is one of the beneficiaries and its executive director, Linda Scheid has plans for the money. “Mr. Johnson’s interest was in the area of children, so we will be dedicating his generous donation to us to supporting our work in fighting childhood hunger,” Scheid said.

The $86,000 going to the Food Bank is the largest individual gift to the organization, at least since Scheid has been there. “One gift, all dedicated to childhood hunger, is really going to position us to take a strong stance and do some tremendous work in the months to come,” Scheid said.

The $2 million Johnson left behind is being split among 29 nonprofits working on children’s issues. Scheid said she had never heard of Johnson before getting word about the donation.