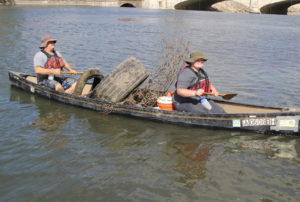 Two of the volunteers who helped pull junk from the Cedar River.

The results of a river cleanup effort this month in northern Iowa have been released.

Nearly 470 volunteers took part in the 15th annual Project AWARE, which this year focused on 55 miles of the Cedar River through Mitchell and Floyd counties.

The Department of Natural Resources reports 28 tons of trash were removed from the waterway between July 10-14. That included 15 tons of scrap metal and 368 tires.

It’s projected that 88 percent of the trash is recyclable. 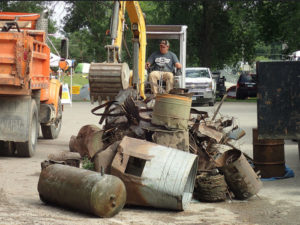