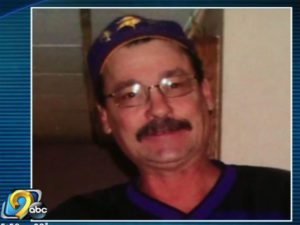 Cedar Rapids police continue looking for clues in the death of a man who died Tuesday after being found injured on a city street Sunday.

Police originally thought 60-year-old Charles Flint had been struck by a hit and run driver, but say more information from the scene convinced them it was some sort of assault and not injuries caused by a vehicle. Friends of Flint say they are angered and hurt at his death.

Tim Van Meter told KCRG TV he had known Flint for about 15 years and also says they were roommates until recently when a fire destroyed their shared residence. Van Meter described Flint as a very easy going person who would only argue with someone when it came to his favorite football team.

“He was always laid back. He never wanted to argue with anybody unless you were talking about his beloved Vikings — he would argue that every day,” Van Meter says. Gilligan’s Pub & Grub manager Annie Glass says she was working Sunday afternoon and saw Flint leave shortly before the accident to walk to his apartment a few blocks away. He barely made it a block before he ran into trouble and was found lying in the street from an apparent beating.

Friend David Kolsrud tells KCRG TV they’ve heard rumors that Flint was beaten after an encounter with a stranger in the street. “That’s what it was, an encounter in the street with somebody he probably didn’t know,” Kolsrud says. Cedar Rapids Police Department spokesman, Craig Buelow, says they haven’t found anyone on the street that saw what happened.

“We don’t have a generalized description or anything right now of a suspect vehicle or anything like that where it would be fruitful to release that information and aid in the investigation,” Buelow says. Buelow says police still need information from anyone who saw anything at the assault scene Sunday afternoon. It happened in the 100 block of 11th Street Sothwest just after 5:00 p.m.