You are here: Home / Business / Report finds 27% of Iowans have no savings 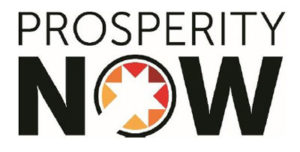 Iowa has fallen from 7th to 14th place in a national study that ranks the states on overall financial security.

Study author Solana Rice, at Prosperity Now, says despite an improving economy, many Iowa families struggle in low-wage jobs that don’t allow them to save for a better future.

Rice says only about 59 percent of Iowa credit users have “prime credit.” “Prime credit is essential now-a-days especially for being able to access all kinds of opportunities,” Rice says. “Prime credit is having a credit score that allows you to purchase a home, to make small purchases, big and large.” The report found more than one in four Iowans, or 27 percent, have virtually no savings and roughly the same number face “volatile incomes.”

A quarter of Iowa households are considered “liquid asset poor,” meaning, they have so little savings they couldn’t live at the poverty level for just three months if they lose a job or suffer another significant income loss. Iowa ranks number-one in the country for the affordability of homes: at the median, home values are only two-and-a-half times higher than incomes.

“Iowa comes out pretty good across a lot of the state data, especially around financial assets and income,” Rice says. “Sixty-one percent of families report being able to save in the last 12 months for emergency savings.”

The report found more than 25 percent of Iowans are in low-wage jobs, about one-percent more than the national average. “A quarter of jobs is still a lot of jobs to be low-wage because that means families are just getting by,” Rice says, “they’re not able to really save and get ahead.” The annual Prosperity Now Scorecard ranks the states based on five categories: financial assets & income, businesses & jobs, homeownership & housing, health care and education.

Vermont places first in the overall outcomes, while Mississippi is last. See the full report at: scorecard.prosperitynow.org.