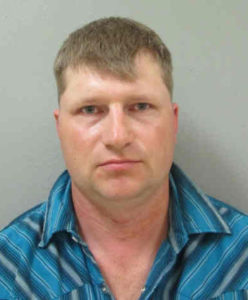 A Northeast Iowa man faces several charges after he allegedly assaulted his child at the county fair and then injured a deputy during his arrest.

The officer witnessed a serious assault on the eight-year-old boy, who turned out to be Tiedt’s child. The boy was checked for any serious injuries, then returned to his mother.

Tiedt was taken into custody; during the arrest, he resisted, and the deputy suffered a minor injury. Tiedt was taken to the Fayette County jail on charges of child endangerment and interference with official acts causing injury.

Tiet was released after posting five-thousand dollars cash bond. The Department of Human Services was also contacted and will be taking part in the investigation.

(By Roger King, KOEL, Oelwein/Photo from the Fayette County Sheriff)