You are here: Home / Agriculture / Crop conditions slip as lack of rain takes its toll 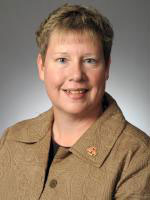 The new U.S.D.A. crop report shows a slight decline of two percent in the condition of the corn crop this week as the dry weather continues.

Two percent of the corn is now rated very poor and eight percent is rated poor — while 65 percent is rated in good to excellent condition. One area that has fared a little better so far is in central and north-central Iowa where Angie Rieck-Hinz is the ISU Extension crop specialist.

“Eastern Hardin, Franklin, all of Cerro Gordo, Worth, parts of Hancock County — they look pretty decent because they’ve caught a few more showers over the last couple of weeks. Everything looks good, it looks green. Our corn seems to be pollinating fairly well,” Rieck-Hinz says. But if you stay in her region and move west from Hardin County along Highway 20, things start to change.

“The further west you go — obviously we are getting in to much drier conditions. Calhoun County, Webster County, parts of Hamilton County and then even the western half of Humboldt county, is fairly dry,” Rieck-Hinz says. “So the further west you go, we’re pretty dry.”

Traveling along the highway you may see tall green corn plants that look in good shape, but she says you can get off the roadway and go a few miles and find some dry areas. “There’s pockets of dry and there’s pockets that have caught a couple showers, so (it’s) extremely spotty and the same thing with our rainfall over the last six weeks or so,” Rieck-Hinz says.

Rieck-Hinz says the really green areas that have looked good so far could start to feel the heat if we don’t get more rain soon. “We probably got through pollination okay, but we’re probably tipping back some ears a little bit and grainfill is going to be an issue,” she says, “because we’re not looking at anything more than a 30 percent chance of rain in the next 10 days or so.”

The U.S.D.A. report shows statewide a three percent decline in the bean condition. Rieck-Hinz says the beans have been doing well and they can go a little longer before the lack of rain causes them an issue.

“We certainly want moisture in July — but in terms of beans we tend to look at what happens in August in terms of beans,” she explains. Although there are some farmers in her area that have already have some concerns about the beans.

“People have told me that they’ve already looked at some beans where they’ve only got two beans per pod versus three,” according to Rieck-Hinz. “We are just going to have to bide a little bit more time on those beans to see how they do.” Statewide three percent of the beans are rated very poor, nine9 percent poor, 28 percent fair, 51 percent good and nine percent excellent. Rieck-Hinz says the recent hopes of rain that didn’t come through have maybe brought down expectations among farmers a little.

“They know these things happen, they know there is not a whole lot they can do about it. and so the mood is still kind of mixed,” Rieck-Hinz says. “There is still some optimism. You know last week we had great optimism, right? We were supposed to have an 80 percent chance of rain and two inches statewide. And that kind of busted apart on Wednesday. So, I think optimism has slipped a little bit since last week.” Rieck-Hinz says her nine counties may have a little more optimism compared to others based on how the crops have fared up to now.

“I know my colleagues in northwest Iowa already have farmer who are chopping corn for silage so they get some feed value out of it. We know we are going to look at doing some drought meeting down in south-central Iowa,” Rieck-Hinz says. She says the northeast corner of the state has battled the opposite issue, with some crops getting hit by flooding.