You are here: Home / Fires/Accidents/Disasters / Three bicyclists struck by vehicle in central Iowa 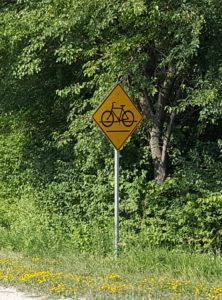 A motorist struck three bicyclists on a highway in Dallas County Wednesday night. All three cyclists were injured when they were thrown into a ditch after being struck by a minivan. It happened on Dallas County Road R-22 around 7:45 p.m.

A report from the State Patrol shows 36-year-old Renae Deaver of Dallas Center was driving the minivan, failed to see the bicyclists, and struck them from behind as they were all headed south on the road. The cyclists were all wearing helmets. There’s no word on their conditions.

The bicyclists are identified as 36-year-old Todd Bindel of West Des Moines, 49-year-old Brian Terhark of Clive, and 45-year-old Chad Roethler of Urbandale.

The crash remains under investigation.